Plague On A Personal Level 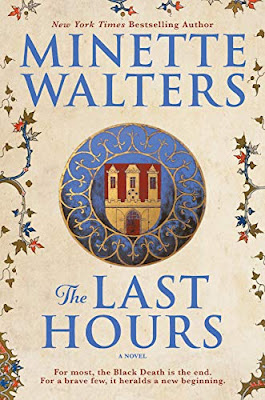 When the Black Death enters England through the port in Dorsetshire in June 1348, no one knows what manner of sickness it is—or how it spreads and kills so quickly. The Church cites God as the cause, and fear grips the people as they come to believe that the plague is a punishment for wickedness.

But Lady Anne of Develish has her own ideas. Educated by nuns, Anne is a rarity among women, being both literate and knowledgeable. With her brutal husband absent from the manor when news of this pestilence reaches her, she looks for more sensible ways to protect her people than daily confessions of sin. She decides to bring her serfs inside the safety of the moat that surrounds her manor house, then refuses entry to anyone else, even her husband.

Lady Anne makes an enemy of her daughter and her husband’s steward by doing so, but her resolve is strengthened by the support of her leading serfs...until food stocks run low. The nerves of all are tested by continued confinement and ignorance of what is happening in the world outside. The people of Develish are alive. But for how long? And what will they discover when the time comes for them to cross the moat again?

THE LAST HOURS by Minette Walters makes the plague a more personal experience by sharing the fate of a demesne through several different POVs. Usually I find the women in these period pieces a little unrealistic, but the author presents Lady Anne and her knowledge in a way which is very believable. Likewise, the elevated education of Thaddeus and the other serfs is also well-explained. I also enjoy the various personalities of all the characters. The survivors of Develish are a captivating group, especially with all the drama.

Walters offers several layers of suspense. Everything from discord among Lady Anne's household, family secrets, and the threat of plague and starvation. When the threat of outsiders is introduced, the story evolves from typical historical fiction to a thrilling tragedy. The action scenes are full of surprises.

The book ends with "to be continued," so I immediately purchased The Turn of Midnight. I can't wait to find out what happens to the demesne, Lady Anne, Thaddeus and Eleanor.