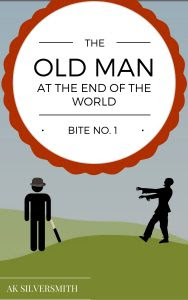 Bite No.1: The Old Man at the End of the World by AK Silversmith is a novella in a new zombie series about a gentleman in his 80s trying to survive an outbreak. He forms a group with two other survivors (fellow gardeners of sorts) and together they attempt to form a plan to find safety as their neighborhood is overrun.

I've seen this story compared to the humor in Shaun of the Dead and I disagree with that comparison. I think Silversmith's writing deserves to be recognized for its own strengths.

The characters are quite the assortment, the POV of Gerald is very original and the story is surprisingly dark, despite Gerald's aloof attitude. There is a lot of action in various settings, with a steady pace, making Bite No.1 a real page-turner.

I look forward to the next installment!

Email ThisBlogThis!Share to TwitterShare to FacebookShare to Pinterest
Labels: AK Silversmith, AstraDaemon, Bite No.1, novella, review, series, short story, The Old Man at the End of the World 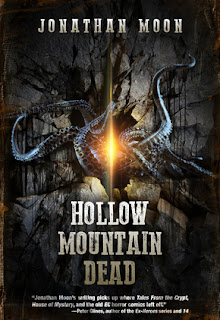 Hollow Mountain Dead by Jonathan Moon is a supernatural undead western apocalyptic story that spews forth horror like a pyroclastic eruption from hell! It is nonstop action – an infectious evil that pours down the mountain and spills into the nearby towns.
It is told from a third-person POV with several different perspectives that blend into one towards the end, as several survivors rally together to stop the ancient force behind the outbreak.
The only drawback is that the large number of characters, the fast pace and the mass deaths prevents readers from forming much of a connection to the people affected by this nightmare.
Definitely something zombiephiles should add to their collections!
As always,
Astradaemon
Posted by AstraDaemon at 11:35 PM No comments: 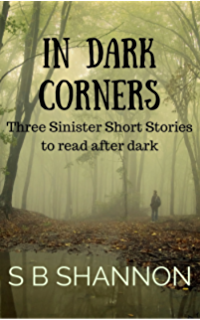 Transformation Complete is full of surprises, but not really frightening...almost tongue-in-cheek, literally.

The Rocking Chair left me with mixed feelings...it is scary, and some might think it's cruel, but I LOVED the ending.

Bewitched! is pretty corny, but it did keep me interested.

I think the order of the stories should be changed...Bewitched! should be the first  and The Rocking Chair would make a strong finish.

Not really horror, but  still entertaining.

As always,
AstraDaemon
Posted by AstraDaemon at 11:57 PM No comments: 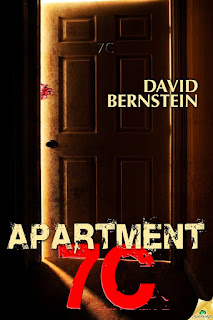 Apartment 7C by David Bernstein is not quite at the level I've come to expect from this author. If I weren't already a fan, I'm not sure this story would have won me over. Granted, it's a short story, but the characters are flat, almost stereotypical, with no major plot twists...Bernstein can do much better than this.

The story is told through the POV of an elderly woman. She's living next door to a young lady being brutally beaten by her husband. No one dares help the victim because her husband is a detective with some shady connections. What appears to be a case of domestic abuse is revealed to be something more sinister. Unfortunately, Bernstein spends more time focusing on the violence, rather than the secrets that are uncovered.

However, it's well-written, it held my attention from beginning to end and has some unpredictable moments, so Bernstein fans will still want to add this to their collections.

As always,
Ursula K Raphael
Posted by AstraDaemon at 5:05 PM No comments: 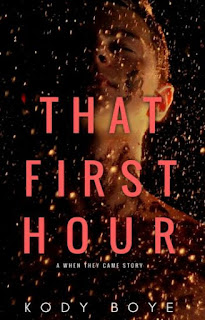 That First Hour by Kody Boye is a literary preview trailer for his new book series, When They Came. Described as a prequel, this short story has action and drama mixed with science fiction on every page...a great way to draw readers into this new universe crafted by Boye. Through the eyes of Jason Parks, an eleven year old running from a waking nightmare, we are introduced to an alien species that breaks away from the traditional black-eyed, grey creatures. The invasion is so brutal and abrupt, I can't imagine how the survivors are going to last through the first night, but Boye's series is to take place six years after this story.

Perhaps we will never find out what happens to Jason, but I am looking forward to this series. Kody Boye has always found ways to twist and expand various genres with his previous novels, so I am certain both science fiction and horror fans will enjoy his latest creation.

I asked the author to stop by the Lair and answer a few questions...


Q. How did you get into writing?

A: I started writing when I was seven years old, after a teacher assigned a creative writing assignment to my then second-grade class. Though I’ve been hooked since, I officially decided to pursue writing as a career after reading Stephen King’s Bag of Bones, then after stumbling across the now-defunct Permuted Press message board back in 2006 (when I was fourteen.)

Q. Who or what has influenced you over the years?

A: Writers such as Tamora Pierce and J.K. Rowling fostered my love for fantasy and inspired me to write in those genres when I was first beginning to write. It wasn’t until I was around thirteen that I began reading Stephen King’s work (most specifically, Bag of Bones.) I credit King for my willingness to pursue writing as something more than just a hobby.

Q. Where did the idea for this new series come from?

A: The idea for the When They Came trilogy was initially inspired by a short story I wrote called Animals. Though the characters from that short never appear in the novel, the first line of When They Came (the first novel in the trilogy) entered my mind on the night I was preparing to move from Austin, Texas to Fort Worth  in 2015. I’m often struck by opening lines and simply expand upon them from there (thus how When They Came and its subsequent sequels was born.)

Q. Is it difficult for you to switch between the different genres for each of your series?

A: I’d say switching tenses is usually more difficult than switching genres. When a story strikes me, it consumes that creative sector of my brain. World-building comes naturally, as do the characters that thrive within them. So no: I would say switching genres isn’t as difficult as maintaining a proper tense/point-of-view when starting a new project.

Q. What can readers expect from the When They Came series?

A: When They Came tells the story of seventeen-year-old Ana Mia Sophia Berrios who, as she comes of age, faces the grim reality that the community she lives within needs protection from Them—the alien creatures who invaded her world six years prior. As such, she decides to join the Midnight Guard—a civilian-run organization who protects the walls from an alien species known as Coyotes (basically: the ground troops of the alien movement.)

The novel, while young adult in scope, is very much a coming-of-age story in a dystopian landscape, and heavily features themes such as loss, recovery, and the conquest over obstacles in a world that seems unwilling or unable to be changed. In the end, it’s a science-fiction horror crossover which I feel fans of traditional alien invasion stories will enjoy.

Thanks for stopping by, Kody!

The New Ecology of Death by James Robert Smith surprised me with how much I enjoyed this story. I’m not usually sympathetic to the undead. The POV switches between the main characters, but the perspective of the zombie, Alex Wenzler is a great way to hook readers.
His wife Beth has remarried a CDC employee, Davis, which is an important factor later in the story. First, you have to get past the fact that almost every character takes a moment to praise the decision of the US government to confiscate all guns from citizens. Several characters are convinced that this was key to surviving the undead outbreak, since people wouldn’t be able to behave so recklessly with their privately owned weapons. Not sure gun enthusiasts are going to like that aspect much. It was definitely a very non-traditional approach to a zombie story. I half-expected the characters to fight the zombies with hugs and hot chocolate.
Over six-thousand people are still unaccounted for, after the near end-of-the -world, and the undead seem to be regaining their memories, including survival instincts. There is great foreshadowing and build-up of suspense, but the momentum stalls every time a character pauses to think about how glad he or she is that the government took everyone’s guns.
The details of Alex Wenzler’s self-awareness is the jewel of this story, but the mutation of the undead is positively mind-blowing! Once the focus is completely on Alex, the story soars.
It could be a stand-alone, but the author left one loose-end for a possible series. This is great addition for your horror collection!
As always,
AstraDaemon
Posted by AstraDaemon at 11:54 PM No comments: 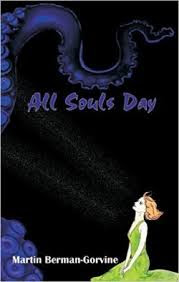 All Souls Day by Martin Berman-Gorvine is an alternate history book that mixes elements of HP Lovecraft with American history. It took me almost a year before I could finally read All Souls Day, but, when I finally did, I read it in one sitting. While I found the story thrilling, I think this novel might be better appreciated by YA fiction fans.

Before I get any further into my review, I would like to say that the book cover doesn’t do the story justice. However, I think most readers will be hooked as soon as they dive in. The sociological aspects are expressed through the lives of the teenagers, and there are many levels at play throughout the storyline. Convinced that their community has been saved by a demon, the people dedicate their lives to serving Moloch, but the more that is revealed about their way of life, the more one has to wonder if the people are living a lie perpetuated by the demon.

As a result, a group of teenagers are reluctant to participate in an upcoming ceremony requiring a human sacrifice. The plot centers on their attempt to escape, while figuring out who they really are without the labels assigned to them. This is not unlike a coming of age story taking place in the shadow of a horrific entity who controls and destroys the lives of the people supposedly saved from the devastation plaguing the rest of the world.

If you’re looking for something cerebral AND action-packed, I recommend this novel.

As always,
Astradaemon
Posted by AstraDaemon at 12:47 AM No comments: