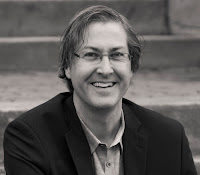 At the end of December, I read THE CHILDREN OF RED PEAK by Craig DiLouie. The story centers around four people who survived a mass suicide as children. They are not strong enough to keep the door closed against their memories, and their various coping mechanisms are no longer working. The four soon realize they are still technically part of the Family, and the Spirit of Red Peak is waiting for them to return. The ending reveals a terrifying secret about the doomsday cult.
This is not the first time DiLouie has ventured into this particular sub-genre, so I brought him into the Lair for the first interview of 2021...
Tell us about your journey from Tooth and Nail to The Children of Red Peak. How did you transition from one type of horror to another, and what took place between?

Great chatting with you again, Ursula! Before Tooth and Nail, I’d been a struggling small press writer. That novel, which was the first dedicated solely to how the U.S. military would respond to a zombielike disease, was wildly popular and essentially launched a subgenre in zombie fiction. I was very lucky with that novel to be in the right place at the right time with the right book, and it led to more opportunities.
After two more successful zombie novels, I was able to get an agent and work with big publishers like Simon & Schuster and now Hachette, which released my horror and speculative fiction novels Suffer the Children, One of Us, Our War, and my latest, The Children of Red Peak. Between these releases, I’ve done a lot of self-publishing, mainly dime-novel series of WW2 adventure stories that have also done very well.
Overall, my writing career was a long, hard road that ultimately led to a very happy level of success, a gratifying and humbling journey. I feel like I’m a very lucky man. And I’m very happy to have known you since the beginning! 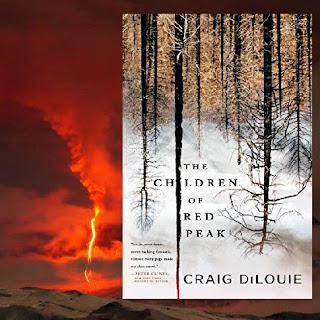 What was the creative process for this novel? Is this something you thought of while writing Children of God?

The Children of Red Peak is a psychological horror novel with cosmic horror elements about a group of people who grew up in and survived the horrific last days of an apocalyptic cult. Years later, when one of them commits suicide, the other survivors reunite to confront their past and the entity that appeared on the final night. Solving the mystery of what happened will lead them back into very dark repressed memories and ultimately back to Red Peak.

My fantastic editor at Hachette was looking for a horror novel that had a literary feel to it. I’d done Children of God, a collection of poems written by the survivors of a suicide cult, and thought it could be expanded into a novel. I’d invited author Jonathan Moon to come in the poetry collection with me, and he was graciously cool about me doing the novel, so I went ahead with it. My aim was to examine the trope of an apocalyptic cult through a realistic lens and then examine its consequences by showing its survivors coping with the trauma of what they experienced. The result is a story that feels familiar in some ways while being very character driven, well informed, and offering a fresh take.
A religious scholar once said, “One man’s faith in Jesus is another man’s faith in UFOs.” Do you think this is relevant to your characters in any way? Is their biggest struggle with faith, external or internal?
That is an excellent question and cuts right to the heart of the novel’s theme, which isn’t an attempt to evaluate any specific beliefs but instead study the nature of belief itself. Belief is ingrained in the human species and is sometimes considered a survival trait. Billions of people believe that an all-powerful entity or entities exist and hold dominion without empirical evidence of their existence.

This belief has led to some of humanity’s greatest accomplishments but also some of its worst atrocities. I was curious about the slippery slope that can lead from one to the other. How a great evil could be done with good intentions and from a great love. A big inspiration for the novel came from a reading of Genesis, which has the story of God telling Abraham to take his son Isaac to a mountain, bind him, and sacrifice him as a burnt offering. Abraham obeys, but God stops him at the last minute. One can look at that story as a wonderful testament of obedience to God. Me, I looked at it and thought: What would that story sound like if told from Isaac’s point of view?

Certainly, as adults, the characters struggle with faith as part of their trauma. In some ways, they regard belief as dangerous and best left alone, and they earned that opinion the hard way. Yet they also long for it, particularly due to a core mystery of what happened at Red Peak: the incredible things they saw or thought they saw, and the fact the bodies of the Family of the Living Spirit were never found. People look at chaos and mystery and will always try to have it make sense, and that often requires belief. We’re all prone to this, and it’s the basis of religions; what cults do is ultimately use belief to harm their members and their communities.

I found Beth’s storyline the most interesting. She almost seems to have traded one cult for another. Were you trying to be ironic or just using Beth to highlight how the mind will do anything to survive trauma?

For each major character, I did a lot of planning to get them right. Each required me to define their personality traits, and then show how their dominant childhood trait is now taken to the limit as a crutch in adulthood. This trait and their response to what happened to them form their character arc, their professions, and the choice they make at the end of the novel when the mystery is revealed.
As a teen, Beth loves the warmth and family of the religious group she lives with but chafes at its restrictions; she wants more control over her life and constantly negotiates to get it, and the idea that the world would end soon, before she tasted all of life’s joys, terrifies her even as it excites her. As an adult, she is a psychologist who has a highly regimented and ordered world, and she’s tamed her trauma with plenty of therapy and finding the exact words and psychological theories to describe it and the fantastic things that she saw the last night—another religion of sorts, as you point out, one of the mind.

By the end, she will have to decide whether to keep control and have a life that’s hardly being lived, or surrender control again as she freely did as a child, and take a chance on the unknown.

Can readers trust the ending to be what really happened or is that just how one of the characters perceived events? I might be over-thinking it, but I also wondered if the child survivors truly survived or if they imagined their adults lives while remaining on the Red Peak.

One of the most rewarding things for me about writing the novel is various interpretations readers have come back to me with. I love this one. It was not my intention as the author, but it’s an awesome interpretation, and that’s the point, which is there is plenty of room for interpretation. The novel is fairly clear about what happens at the end, though at the same time believing it is also an act of faith. This was my main intent as the author, which was to engage the reader directly in interpretation and belief.

Will readers be seeing another cult-themed novel from you anytime soon?

Right now, I’m wrapping up a two-book series about a carrier pilot fighting a near-future war against China in the Pacific. This series will be self-published, though a major publisher is picking up the audiobook rights, which is pretty exciting. Meanwhile, my editor at Hachette has asked for ideas, so I’m currently working out what my next big project will be. I’m not sure I’ll come back to cults as I like to roam around, but I may certainly come back to it, as cults are just so darn fascinating.
Thank you for including me in your creative journey. Looking forward to reading SUFFER THE CHILDREN in February.
DiLouie has always been one of my favorite authors, so I strongly encourage horror fans to check out his website for more info.
As always,
AstraDaemon
Review by AstraDaemon at 1:00 AM

THE ANUBIS EXPERIMENT: CAPTIVATING TALES by Richard Saxon includes a mix of cosmic and psychological horror, which is so dark, I had to up ... 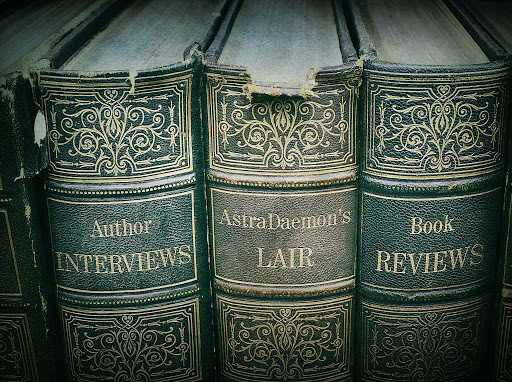 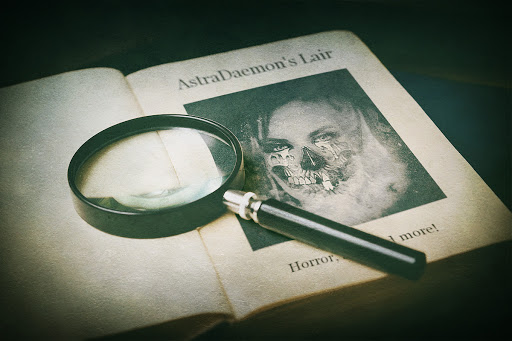 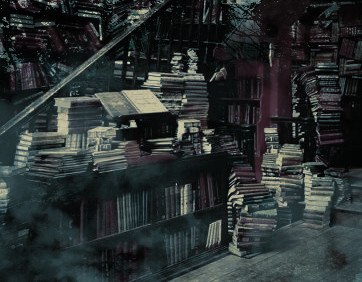