Run For Your Life [INTERVIEW] 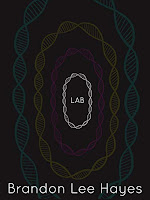 LAB ZERO by Brandon Lee Hayes is a short story about a lab intern who wants to know what is in the basement of his building. As soon as he realizes what has been going on behind closed doors, the doors are torn apart, and the intern is facing a life and death situation.

Hayes does a great job of combining terror and suspense by including the internal dialogue the intern is having. Rather than stay in self-preservation mode, he remains determined to figure out what escaped from the laboratory.

Hide and seek...and try not to die.

Even though I've only read a couple of stories by this author, Brandon Lee Hayes, his horror creations have already made quite an impression on me. I decided to invite him into the Lair to discuss bears, hunting and Halloween: 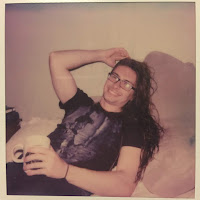 Let’s get right to it…where did you get the idea for I’M ALL ALONE AND IT’S GETTING DARK?

The title popped into my head one day and I felt like I had to figure out what this story was about. Usually it’s the complete opposite for me. I have ideas that I write out, struggling to find a good title.
I opened up my journal with all of my story ideas and thought to myself “when is it scary to be alone?”.

The first thing that came to me was that it’s terrifying to be alone as a child. I also feel that an event from my childhood leaked into this story without me even realizing until this question was asked.

When I was very young, armed robbers broke into my house, pistol whipped my father and tied him up. They threw the phone down the basement stairs and rummaged through my house.
The whole intruder in the house and phone in the basement thing sounds a bit like I’m All Alone and It’s Getting Dark.

I have a blog section called “Why I Wrote” on my website that explains in greater detail where the ideas behind my stories come from if you’re interested in an even more in depth answer.

Is there any chance of seeing Roosevelt in another story?

It’s definitely possible. As of right now I think it would be as more of an easter egg rather than a main character in the story. I will say that my stories take place in the same universe, so anything is possible.

I have another story that isn’t completely written yet but the idea came before “I’m All Alone and It’s Getting Dark”. These stories originally were completely separate from one another but I decided to make them connect.

While this story isn’t written yet and doesn’t even have a title, I have a lot planned for it. Right now it’s just labeled “Rain”.

If you look at the photo of the newspaper article at the end of “I’m All Alone and It’s Getting Dark” you will notice there’s another article being covered by the main article. This may be a hint for how these two stories are going to connect. It’s a bit like an easter egg for something that hasn’t even been written yet!

So far, your stories include being isolated and hunted. Is it just a coincidence, or do you find this theme more terrifying than other horror scenarios?

I definitely find this theme incredibly scary. I absolutely love stories where monsters are on the prowl. I do want to make my stories a bit more diverse and I certainly have ideas for different themes.
That said, there are definitely more stories with the theme of being hunted coming soon.

How did you get into horror in the first place?

I watched a lot of horror movies as a kid. Alien, The Thing, The Shining etc. I don’t really like watching movies anymore but I have a soft spot for a good monster movie.

When it comes to reading or writing horror that was much more recent. A few years ago someone I worked with introduced me to The Dark Tower by Stephen King. I fell in love with the story and started reading all of his other novels, which introduced me to the world of horror fiction.
I loved it all so much I decided I wanted to write it too.

Halloween is around the corner…are you planning anything for the holiday? Maybe another story?

I do have some more horror stories on the way. I’ll have 2 more out by Halloween, hopefully 3.
I haven’t really thought of any Halloween themed stories though. I would like to make one of my stories Halloween themed and have it released on or around the holiday. Unfortunately, it wouldn’t make sense for any of my stories that I’m writing and editing right now and would feel forced if I just threw in the fact that it’s Halloween.

I do have one story that I thought of more recently that can take place on Halloween but I’m not sure if I’m going to get around to writing it in time. I have a lot of other stories that I’m really itching to write at the moment, as well as stories that are already written and I’m working on editing and publishing.

Do you think you might write a novella or full-length novel in the next year or so?

It is one of my goals, definitely. Over the next year I’d like to publish the 12 or 13 short story ideas I have, make a short story collection and write at least one of three novel ideas I have. Ideally I’d get two novels out but that’s probably a stretch.

I also have a story that is currently written and being edited called “Journal of a Missing Man”. It was originally a short story idea that turned into more of a novella now that it’s roughly 13,000 words. I’m still editing it and I’m not sure exactly when this one will be out.

Where can readers find out more about your new releases?

Thanks for visiting us in the Lair!

Posted by AstraDaemon at 1:00 AM