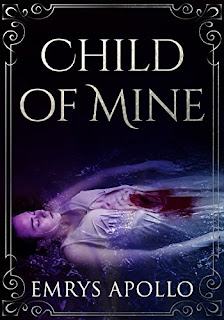 Child of Mine by Emrys Apollo is a flash fiction piece centered on a woman's first pregnancy, which quickly becomes a waking nightmare, lasting for days. Laura is certain she is not imagining the terrifying events, but there is the possibility Laura is suffering from hallucinations. While the writing style is quite rough, the author does a good job of keeping readers guessing until the end.

This story would be better categorized as bizarro fiction, rather than horror because of the grotesque details. Unfortunately, this genre is difficult to nail down, but there are a few key elements to help identify such stories:

1) the plot is surprising
2) the story is strange, as in weird
and
3) resembles those cult films that aren't big with critics, but still manage to have a huge following

Something most bizarro authors deal with is being accused of crappy writing in general, which isn't helping the genre gain in popularity. Remember that one English professor who told everyone genre fiction is garbage? That same professor would probably describe bizarro fiction as some made-up label to describe writers who can't write decent prose.

Some bizarro stories are more entertaining than others, but none of them are boring.

Posted by AstraDaemon at 1:00 AM